Listening and the power of silence – Why stillness matters

As an executive coach, there are times when sitting in silence can be a real gift to your client, offering them a few moments of stillness and ease, inspiration and emotional release.

In a noisy, demanding world, silence is restorative. For sure, while your client experiences time out from their demanding roles, given quality time to think. They become more mindful of what’s going on and can let the silence create an inner spaciousness, a place where they can hear themselves differently and get in touch with they’re feeling.

When things go quiet, you might not think much is going on. But silence is rarely empty. Far from it. The ease that stillness creates can be unfamiliar and yet re-energising, helping people get in touch with a deeper wisdom and find new, significant insights. Your client might harvest a new thought or discover a solution to an ongoing problem that has been hidden in plain sight for quite some time.

As Nancy Kline says in her excellent book –Time to Think

“Ease creates. Urgency destroys. When it comes to helping people think for themselves, sometimes doing means not doing.”

But if you want to listen quietly to the stillness while your client is in this space, you need to be at ease with that silence yourself.

In his fascinating TED Talk Pico Iyer, the travel writer and journalist, suggests that being ‘Busy Going Nowhere’ is something everyone needs in a world where we’re all on demand most of the time. He talks about how silence and stillness give us fresh eyes and bring us back home to ourselves.

He has also written a book on the subject, in which he says:

“In an age of speed, I began to think, nothing could be more invigorating than going slow. In an age of distraction, nothing can feel more luxurious than paying attention. And in an age of constant movement, nothing is more urgent than sitting still.

You can go on vacation to Paris or Hawaii or New Orleans, three months from now and you’ll have a tremendous time, I’m sure. But if you want to come back feeling new – alive and full of fresh hope and in love with the world – I think the place to visit may be Nowhere.”

If you’d like to hear more, you can find his Ted Talk here

There are two types of silence in coaching, and their tenor and emotional tone are distinctly different. These qualities are what you are listening for, rather than just the words themselves, and with practice, you can become attuned to identifying the nuances involved in both.

The first type of silence has a calming, gentle and freeing quality, and it’s the stillness that Pico Iyer describes. The second type of silence, by contrast, is awkward, edgy and uncomfortable. It has the potential to deliver insight and learning to the client and coach, but it’s harder to deal with, particularly if the coaching relationship isn’t a strong one. It can even feel risky to discuss it. But when you listen carefully, you can tell that one of you isn’t saying something that probably needs to be said.

What to do when the first type of silence falls 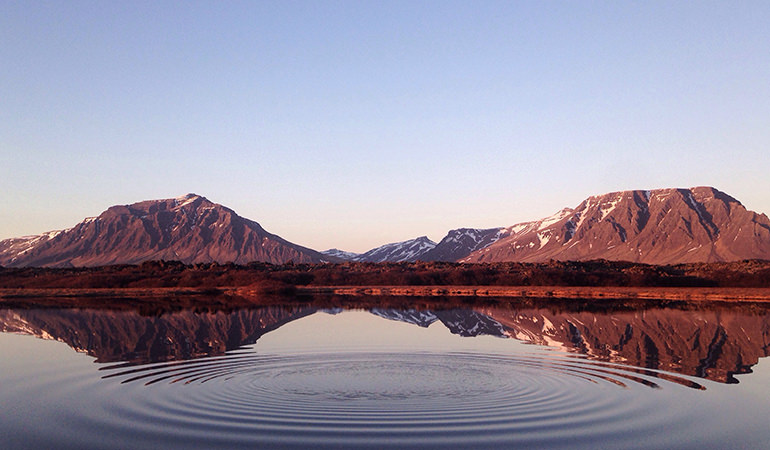 As you listen to your client and silence begins to descend, they will slow down their breathing. They will quieten, become more thoughtful and still. There will be a palpable shift in the room when this exquisite silence is experienced. For this stillness to emerge you, as the coach, will need a curious, not judgmental listening stance, an intention that welcomes your client’s thinking and feeling in whatever shape or form they require it to be. This attitude ushers your client’s entry into their rich inner landscape. Their receptivity, supported by your patience, openness and generosity of spirit.

One good way to become adept at offering this quality of silence is to practise being still in your own life, being hospitable to it. You can make sure that you find space for silence, ideally every day. You need to create gaps where you sit still and learn to be busy going nowhere. It can be especially beneficial to spend a few quiet minutes before a coaching session, clearing your mind and bringing a state of calm attentiveness into being. The poet WB Yeats put it so well:

“We can make our minds
so like still water
that beings gather about us
that they may see,
it may be, their images,
and live for a moment with a clearer,
perhaps even with a fiercer life
because of our quiet,
our silence.”

What to do when the first type of silence falls 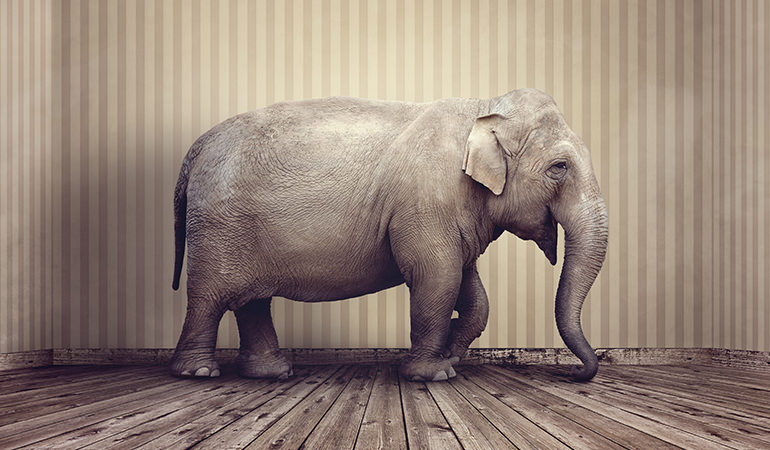 This second type of silence has an entirely different flavour. It’s a silence that masks what’s going on below the surface. It might have a muted feel, but underneath, both of your internal dialogues are far from silent. They’re kept under wraps, working overtime in the background, running faster than usual but not articulated.

There’s always a tension in the air with this kind of silence. Underneath it, things are far from still. As you listen to the coaching dialogue, you should get a strong sense of something that is not being said by either you or the client. You’ve reached an edge, you don’t know what is happening, and it can be very disconcerting.

There might be that proverbial elephant in the room that neither of you want to name. You might experience the silence as a ‘pregnant pause’. It could even be a seething non-silence or just a seemingly unfathomable, uncomfortable sensation.

Under these circumstances, it’s your job as the coach, to intervene and explore what’s going on. Does your client want to share something challenging, something they’re concerned about voicing out loud? It might be a secret, an unpleasant thought, or an emotion they’re struggling to acknowledge. Asking a simple, incisive question like, “What are you not saying here?” can create a breakthrough.

Sometimes this painful silence falls when there’s a rupture in the coaching session. Maybe the coaching relationship has got stuck; perhaps there’s a breakdown in trust because something has been said by you or your client that has affected the relationship, causing unintentional hurt. In this case, you can ask for clarification and, if necessary, apologise. It matters because no coach is perfect. We all make mistakes. It is best to own your role in creating a momentary break in your connection, which in turn lets you review what’s going on and learn from it.

Perhaps past relationships and projections have hooked you both into a historical dynamic, or the client is re-enacting a challenging aspect of their employer’s culture in the session. Whatever the reason, this second kind of silence conceals activity, masks important issues and often generates confusion, so you need to address it sooner rather than later.

Both types of silence hold real possibilities for transformational change, and welcoming them in will make you a far more effective coach. Exploring what’s hidden is a vital part of your role. Your lively curiosity and the genuine pleasure you take in learning gives you a great place to start.

Contact us for a coaching supervision session if you’ve experienced both types silence and wondered how you could handle them more skillfully.

You may also be interested in reading our posts about the power of curiosity and listening to clients, giving them space to think.