Teams, Creativity & All That Jazz – Why Teamwork Should Be Fun

Organisations make huge demands on teams. Teams operate at the forefront of delivery, and this is what often gives them such a strong sense of identity: “We are the ones who got this done!” But a high level of responsibility can also make teams far too serious: “We have no time to waste!”. Of course, delivery is a serious business, but if ‘serious’ is all there is to the corporate equation, teams can easily end up cutting themselves off from vital sources of renewal.

Balance is your aim as a team. Yes, business is serious. But it should also be fun since fun, playfulness and innovative thinking are all essential elements of the creative process. And that’s why jazz is such an excellent metaphor for a healthy approach to teamwork.

The essence of jazz is controlled randomness. Improvisation involves making things up on the spot, responding instantly to your fellow players and creating combinations of sounds never heard before, all without conscious forethought or planning. As the actor and blogger Nat Wolff says, “Jazz is smooth and cool. Jazz is rage. Jazz flows like water. Jazz never seems to begin or end. Jazz isn’t methodical, but jazz isn’t messy either. Jazz is a conversation, a give and take. Jazz is the connection and communication between musicians. Jazz is abandon.”

Jazz, like creativity, tends to follow its own path, and that path is completely different from other, more structured kinds of music.

Frank J. Barrett is a professor of management and global public policy in California. He’s also a jazz pianist. In his book, Yes to the Mess: Surprising Leadership Lessons from Jazz,

“Jazz bands actually are organizations designed for innovation, and design elements from jazz can be applied to other organizations seeking to innovate. In order for jazz bands to be successful, they require a commitment to a mind-set, a culture, practices and structures and a leadership framework that is strikingly similar to what it takes to foster innovation in Organizations.”

Barrett then goes on to suggest that there are six key things business leaders can learn from jazz, namely:

1. Improvise through the chaos

Even though things seem messy and out of control, you should keep going and stick to your part. Then others will be drawn back to the theme as you play it. Barrett points out that we have to embrace the mess and have an appreciative mindset about what’s unfolding before us.

2. Embrace errors as a source of learning

Barrett quotes jazz trumpet maestro Miles Davis: “If you’re not making a mistake, it’s a mistake.” The so-called errors jazz musicians make force them out of their comfort zones and lead to great things. In Barrett’s world it’s impossible to feel shame and improvise: “Jazz musicians assume that you can take any bad situation and make it into a good situation. It’s what you do with the notes that counts.”

3. Perform and experiment at the same time

Often, in the heat of performance, someone will do something off script that turns out to be the most important piece of improvisation of all. And yet it wouldn’t have happened without the pressure of the actual performance. Dramatic breakthroughs happen in the furnace.

As Charles Mingus said, “You can’t improvise on nothing. You gotta improvise on something.” Musicians need structure, even if it’s a fragment of a melody or just a few notes, from which they can riff. But Barrett notes the best jazz is made up of just enough structure, or what he calls orderless order, where each musician is in constant connection with the other players while doing their own thing, relating their creations to what other band members are doing. Look at it this way and it’s clear that jazz is actually a form of dialogue, not a monologue. 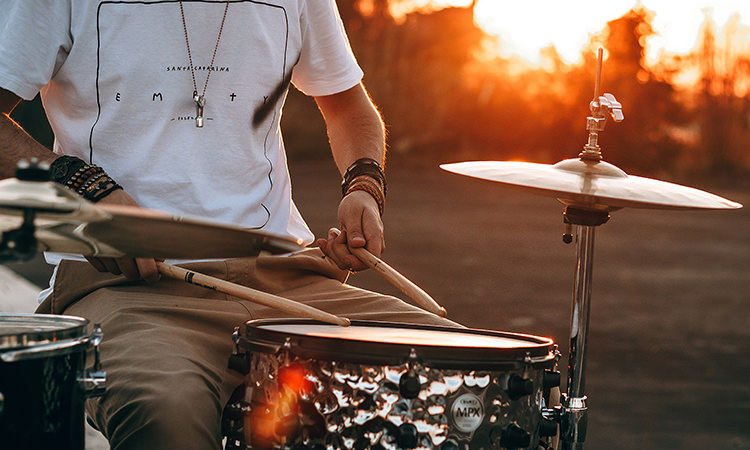 Charlie Parker’s drummer Philly Jo Jones got so upset with Parker during one rehearsal that he threw a cymbal at his head. Parker was so upset in turn that it prompted him to redouble the time he devoted to practice. He practised 15 hours a day for the next several years, learning standard tunes in all 12 keys. And some years later, in another jam session, Parker had a brilliant breakthrough thanks to all that practice.

On March 2nd 1959 Miles Davis led a recording session that would produce what is arguably the most famous jazz album of all time, Kind of Blue. Davis had been immersing himself in the classical music of Bartok, Stravinsky and Schoenberg. It prompted him to try some unconventional arrangements, which he presented to his fellow musicians when they arrived for the session. Without any rehearsal, the quintet just went ahead and played. The result was bold, original, completely innovative and is still a best-seller to this day.

What does Barrett say is the biggest lesson of all for leaders and others in business to learn from jazz? He says it’s essential to, “interpret vague cues, face unstructured tasks, process incomplete knowledge and take action anyway.” As he concludes, “Musicians prepare themselves to be spontaneous. [Leaders], Managers and executives can do the same.”

A Dialogue with Frank Barrett. Yes to the Mess: Surprising Leadership Lessons from Jazz

According to Barrett the goal of jazz is striking a groove or dynamic synchronisation. Jazz trios do it, and business teams can do it too. It may be a question of more exposure to this way of working, of encouraging more spontaneity, or of rewarding risk taking and innovation within the team.

Teams, Creativity & All That Jazz – Why Teamwork Should Be Fun

The human ecologist Joseph Meeker, author of The Comedy of Survival, published in 1974, has more to say on the subject. He describes jazz as, “…a spontaneous behaviour whose only purpose is to please its participants and keep them playing. When goals or objectives appear, or when rules become rigid, play disappears.”

In Meeker’s opinion, humans didn’t invent comedy, nor did we create play. We’re actually the beneficiaries of millions of years of evolutionary trial and error. According to him, play entered the earth’s story at the same time birds and mammals developed in the Jurassic era, over 150 million years ago. He believes play and a highly developed brain go together, and suggests that play may be vital for the developed brain, supporting constant adjustments to the unknown, exploring novelty and discovering new opportunities. He argues that the reason play has contributed to our evolution is that it prompts us to take risks, since play is all about curiosity, about testing things. Play is full of surprises, the opposite of staying safely bound by everyday thinking.

Find ways of introducing surprise into your team

Another expert, Professor Paul Brown, has also identified surprise as a vital emotion to bring into teams in his book, Brown, P. & Brown, V. (2012) Neuropsychology for Coaches: understanding the basics.

Brown is interested in something called brain plasticity, which explains the ways humans learn, building on earlier work on the three types of brain we all possess: the reptilian brain (or brainstem), the mammalian brain (the limbic system) and the cognitive brain (the neo-Cortex). Our emotions are mediated through the limbic system and amygdala, and social interaction is governed at a basic level by what he calls limbic resonance, where our reactions to people are governed physiologically by the non-verbal clues we display.

Brown argues that there are actually eight basic emotions: fear, anger disgust, shame, sadness, surprise, trust and excitement. Fear, anger, disgust, shame and sadness are the emotions of survival, governing threat avoidance and defensiveness. Trust and excitement are the emotions of engagement, and surprise is the emotion that works as a bridge between the two clusters. Then there’s humour, which often contains an element of discontinuity that evokes surprise along with challenge, newly-felt bodily sensations and lateral, creative thinking.

To return to the theme of learning from jazz, we’ll give Barrett the last word. He says:

“Jazz bands have minimal hierarchy, decision-making is dispersed, and they are designed to maximize flexibility, responsiveness, innovation, and fast processing of information. A jazz band is a form of social organization that produces order with little or no blueprint, organized from the bottom up: individuals have personal freedom to take initiative and operate on their own authority (their musical imaginations) guided by the constraints of the task, the conventions of practice, and the enactments of other players.”

What would it be like to work in team like that, a serious business where the elements of surprise, momentum and excitement infuse the ethos and inform creative ways of working? To me, that sounds like a great team to join!

If you want to inject some creativity and innovation into your team, call the Listening Partnership. We’ll help you get on the right track.