Teams are the basic building block of business, but few teams always perform at their best. Paying attention to how they’re set up and how they’re expected to function as a group is vital. By following a few simple guidelines, every team can enhance their achievements considerably… 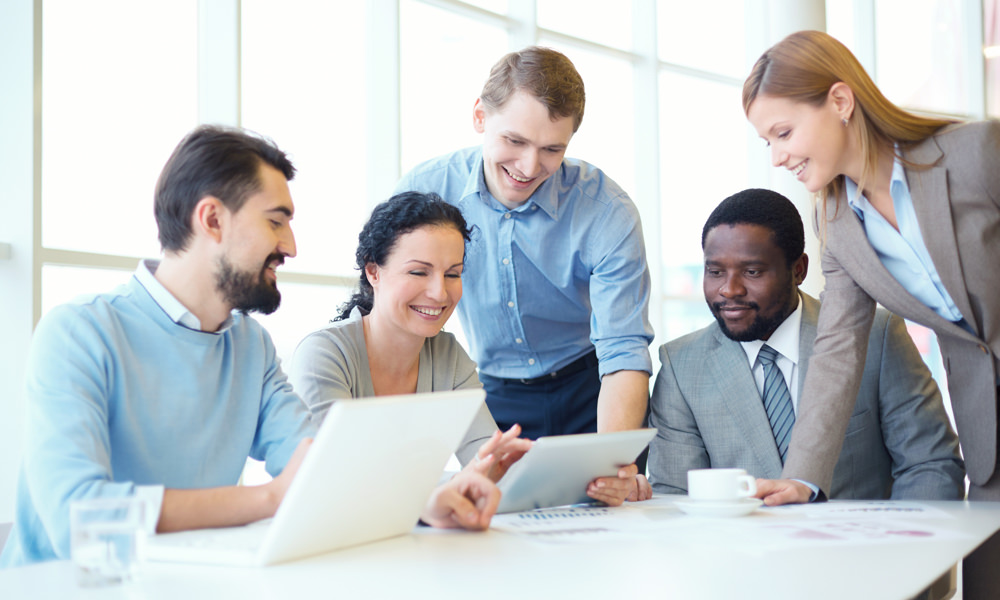 Teams and teamwork are universally regarded as good things in contemporary business circles. Teams create winning products and deliver unparalleled services and solutions. They win matches and are dynamos that exist across the whole of the commercial world. Indeed, leadership guru Patrick Lencioni suggests that teams are the most important secret weapon in all effective businesses: ‘Not finance. Not strategy. Not technology. It is teamwork that remains the ultimate competitive advantage, both because it is so powerful and so rare.’ (Patrick Lencioni The Five Dysfunctions of a Team, 2002).

The rhetoric of teams and teamwork dominates business. What does ‘TEAM’ stand for? Together Everyone Achieves More. And we’ve all heard the saying: There’s no ‘I’ in ‘Team’. Yet, ‘There is an ‘I’ in win’ is another oft quoted phrase.

However, as Lencioni points out, for all of the bombast around teamwork, real teamwork is much rarer than the slogans eulogising it.

What makes a group a team?

Human beings converge in all sorts of ways. Occasionally this produces a team and sometimes it doesn’t. Sometimes when individuals come together they simply become aggregates of people: a crowd, a mob or a herd. They exist together only as an amorphous group and never transform into a unified team.

So what makes a team, a team?

In their classic book about team effectiveness, The Wisdom of Teams, Jon Katzenbach and Douglas Smith give a clear definition of what it takes to make a team: ‘A team is a small number of people with complementary skills who are committed to a common purpose, performance goals, and an approach for which they hold themselves mutually accountable.’

This means that teams that work well are always committed to a common purpose: they know what they’re doing and why. They also always hold themselves mutually accountable: they all own the results they are seeking. However, what makes a team great is that it includes people willing to yield their own agendas to the common good.

So how can you achieve the rare state of teamhood?

There’s a natural trajectory or sequence to team formation: a set of predictable things that have to happen to turn an aggregate of individuals into a high-performing team.

The classic formulation is known as Tuckman’s Stages of Group Development, after the psychologist Bruce Tuckman who first formulated it in 1965. He stated that teams go through 3 phases: Forming, Storming and Norming before they can progress to the Performing stage. Then, after they’ve performed, they either close and disband or they find a new purpose (this is sometimes called the Adjourning phase).

At this point, they must go through a mourning phase, or they discover a new purpose, in which case they get into a transforming phase.

So familiar are we with these stages, that it can be helpful to think about them through another lens so we can become cognisant of all the elements that must be present to make sure that a team forms and then functions optimally.

To achieve this, a team has to navigate and negotiate four distinct paradoxes. Only once it’s achieved this, will a bunch of disparate individuals transform into the business equivalent of a winning football team. The four paradoxes are:

Without working through these paradoxes being in a team can be a nice-sounding reason for having meetings yet not achieving anything close to the remarkable potential of the people who constitute the group.

Teams that have done this initial work can accommodate great individual talent too. Maybe there is no ‘I’ in team, but a team that has addressed these paradoxes is a team capable of delivering plenty of interesting ‘I’s: inspiration; integrity; inclusion and, above all, innovation. There’s an energy about teams that have been on this journey, an energy that infuses the whole environment. Teams with this energy start breaking the mould, start being engines for innovation and change because the team does not stifle its members. Rather it encourages everyone, individually and collectively, to give of his or her best.