Changing habits – How long it takes to loop the loop, and how to do it

If you’ve ever eaten too much chocolate three weeks after a New Year resolution to not do so, or given up on the gym in favour of lounging around, you’ll already know it. It can be hard to change a habit. Very hard. Especially a habit you’ve been engaged with for years, maybe decades, even a lifetime. The thing is, while habits – in other words routines that reduce uncertainty – can make life more efficient, they can also have the opposite effect.

Luckily you can break unhelpful habits. It’s worth the effort to free yourself from something habitual that’s also unhelpful. Here’s a look at how long it takes to loop the habit loop, and how to do it.

Myths around forming and breaking habits

The plastic surgeon Maxwell Maltz meant well. However what he says can be somewhat misleading. During the 1950s he noticed it took his patients around 3 weeks – 21 days or so – to get used to their new look. He also noticed that amputees seemed to suffer with phantom pain from their non-existent limb for 21 days, after which they adjusted to their new situation. When he noticed himself taking around 21 days to form a new habit – a clear case of confirmation bias – he was convinced he was onto something big. He wrote a book about it, which sold more than 30 million copies. His fellow self-help gurus adored it. They spread the word. And the rest is history.

Where does that leave us? When we fail to consolidate new habits within 21 days we feel bad about ourselves. We assume we have low levels of willpower, are less able than others, less determined, less capable of change. And that’s completely unnecessary.

How long does it really take to form a new habit?

A 2009 study by Phillippa Lally and her research team examined the facts in a more scientifically rigorous way. They looked at the habits of 96 people over 12 weeks. Every participant chose a new habit to focus on for the 12 weeks, reporting back daily on how ‘automatic’ the new behaviour felt.

The team analysed the data to determine how long it took each person to make a new habit feel natural and normal. And at that point Maltz’ long-held assumptions simply fell apart.

It actually takes more than two months for new behaviour to become automatic. It can take a lot longer. And the time required depends on the habit you want to form, the person you are, and the context you’re in. In the study some people took 18 days to form a simple new habit, but others took as long as 254 days to form a more complicated or unusual new habit.

What does this mean to you? It’s sensible to give yourself anything from 8 weeks to 8 months to build a new habit so it sticks and feels like you’ve always done things that way. Not 21 days. So you can stop beating yourself up about failing your New Year resolutions!

What is you backslide and mess up?

You did great for a few weeks, then you blew it. Luckily Lalley’s research reveals you can also stop beating yourself up for backsliding. Being realistic is good. Missing out on your new habit a few times isn’t the end of the world, and it doesn’t actually affect the habit forming process. It’s OK to go backwards or stumble at your new habit now and again. It’s not all or nothing. Your brain is more forgiving than that. You don’t have to aim for perfect. And that’s really good news.

While it’s great to give yourself permission to make mistakes, you also need a suite of effective tactics to help you get back on track, re-embrace the process, re-commit to your goal. However long it takes, you need to put in the work. And it’s a whole lot easier when you know that small, incremental improvements are fine.

Our favourite way to think about habit-forming 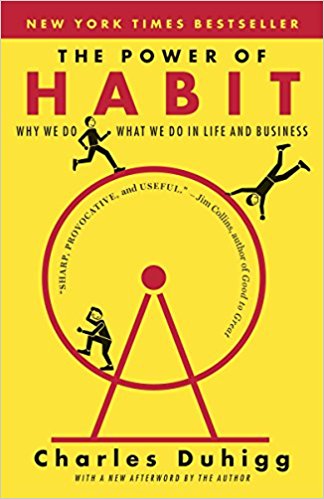 In our opinion the most interesting work about breaking habits comes from Charles Duhigg, the New York Times reporter. His 2012 book, The Power of Habit: Why We Do What We Do in Life and Business, explores the science behind habit creation and reformation, and was a massive best-seller, proving how much importance people place on changing their habits.

Habits are not our destiny. They’re just a loop, a three-step shortcut the brain takes because it saves time and effort. First, there’s a trigger telling your brain to go into automatic mode, pinpointing which habit to use. The routine, which can be physical, mental or emotional, comes next, followed by your reward, the positive result you always get from obeying the habit.

Over time this loop beds in until it’s entirely automatic, totally natural, something you don’t even think about. Eventually you get into a state where not doing the habit means you suffer cravings. Your brain doesn’t need to engage any more because it doesn’t have to. Unless you deliberately create new routines, you fall down the same habit rabbit hole every time.

While habits never really disappear, being coded into our brains, we can overlay them with fresh neurological routines, forcing them into the background. Once you embed a new habit, it’ll feel just as natural as the old habit.

If you would like to know more you can also watch this talk:

How to interrupt the cue, routine, reward loop

So how do you break that powerful habitual cue, routine and reward loop? First, you have to believe it’s possible. Second, take note of Charles Duhigg’s findings.Duhigg says that to change a habit, you have to hang onto the old cue and experience the old reward, but the routine part of things needs to change. In other words you use the same cue and get the same reward, but the routine shifts and the habit changes. To do this you need to:

The key to unlocking a habit is to work out what the habit loop is. Habit cues usually fit into one of these categories:

Ask yourself this: what is the reward you expect from going through your habit loop? Once you know that, you’ll understand what drives you, which means you can consciously create a better routine, choosing a fresh new behaviour that’ll deliver the reward you crave:

An example from my professional life is that I would procrastinate when I had a stack of business admin tasks to get done. These would pile up over the week. Avoiding them had become a habit and one that seemed to trip me up on a regular basis.

I stepped back and decided to change this and to try to develop a new habit. This was one of the keys to the change. I wanted to shift the pattern and galvanised my intention to do so!

Following the cue, outline and reward principle. I have broken the negative avoidance habit loop that I had developed. By ring fencing a couple of hours towards the end of the week in calendar I had set the stage for the potential for change at the very least. This took some discipline and planning. Once that was in place I began to develop a new set of activities that could be easily repeated.

The cue was to open my laptop and put on my headphones and listen to a piece of music that was not distracting but was definitely upbeat. I used the same music each time and it lifts my mood. I feel more efficient! 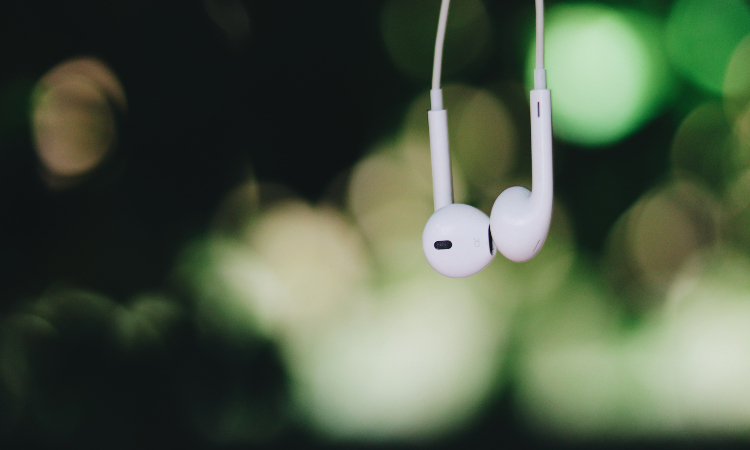 I made myself comfortable and settled down, starting on the easiest task first. That encouraged me and then I work my way through the activities one by one. One at a time became my approach. Methodically covering off each one. At the end of the couple of hours. I took out the earphones, turned off the music, shut the laptop and put away any papers.

If I don’t finish it all, I still stop at that two hour cut off point and select a separate time to go through the same routine. I manage my energy in this way and then go through the same cue, routine and reward loop at when I am fresher and can slow down to do it well.

The reward is a coffee at my favourite local coffee shop and a short walk there and back that adds to the number of paces I do each day.

I repeat this pattern each week. Now, I have successfully developed a new, more effective habit that serves me well. It has become part of the way I prefer to do manage my business administration. The reward that is tangible in terms of the coffee and walk, has another element to it too. Since developing this habit I find the admin tasks far less onerous and feel more in control and confident in myself generally. I know some essential business ingredients and details are been covered off on a regular and sustainable basis.

The vital role of keystone habits

Some particularly strong habits can kick off chain reactions, which in turn change other habits. These matter more than most and impact the way you work, love, communicate and spend your money. In fact keystone habits can transform <em>everything</em>, given enough time.

A successful keystone habit involves identifying a few key priorities rather than getting absolutely everything right. These habits matter because they make new patterns when they move and dislodge. And they deliver vital ‘small wins’ to help new habits flourish.

Small wins from keystone habits drive dramatic change. Small wins mean a steady stream of small advantages, and they drive even more small wins, fuelling change by leveraging a series of tiny advantages, which in turn create convincing patterns that show people how bigger achievements might be possible.

Small wins are, in effect, very like miniature experiments designed to test theories about resistance and opportunity. As such they also reveal the resources and barriers that were impossible to spot beforehand.

The role of willpower

Sadly all this brilliant insight and advice isn’t enough to succeed. You also need the willpower to change your habits, the inclination, the determination. In this case, as in so many cases, willpower really is the most important keystone habit for personal success.

If you’d like to change a habit or two that are holding you back, we would be pleased to help you achieve your goal and move forwards differently. Contact Jude Elliman to discuss the possibility.