Are you Relentless and Unstoppable? 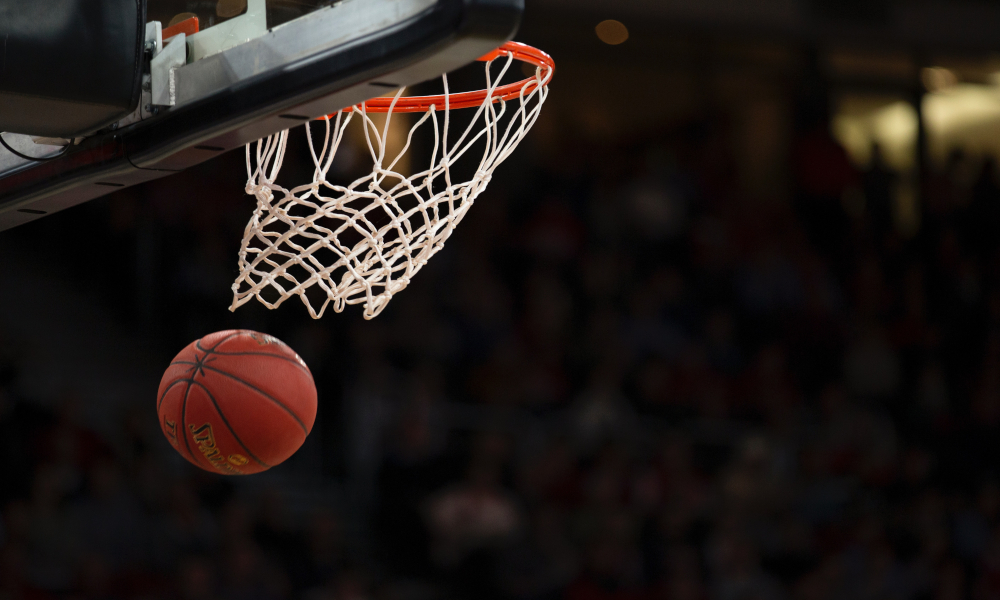 The tragic, untimely death of basketball legend Kobe Bryant at the end of January 2020 shocked the world, robbing us of a remarkable talent. Professional basketball lost a great player.

In 2015, on his retirement from basketball, he wrote a letter to the Players Tribune called ‘Dear Basketball’. It opens with these words:

From the moment
I started rolling my dad’s tube socks
And shooting imaginary
Game-winning shots
In the Great Western Forum
I knew one thing was real:
I fell in love with you.

The letter concludes with these words:

His moving tribute to Basketball was made into a short animated film. The film won an Academy Award, an Oscar.

Dear Basketball was, perhaps, the most unusual award Kobe ever won in his award-strewn professional life with the LA Lakers.

By all accounts, Kobe was focused, driven and ‘relentless’. Paying tribute to him on his death, NBA Commissioner, Adam Silver noted:

‘[He] could be difficult at times because [he] prioritized winning… [He] didn’t have a lot of time for some of the niceties in personal interaction … This generation of players, so many of them look up to [Kobe] as a role model. The belief in winning, that extra drive and inner beast he called it.‘

He has written about his experiences in his book Relentless: From Good to Great to Unstoppable. 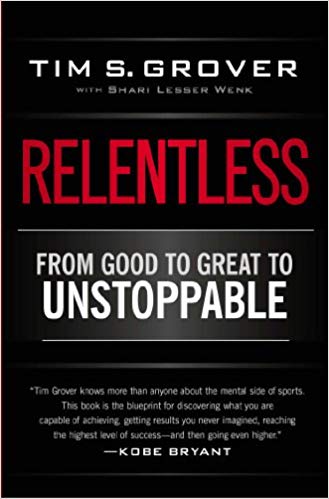 A relentless approach to greatness

Grover’s approach to personal performance is endorsed by Kobe:

‘Tim Grover knows more than anyone about the mental side of sports. This book is the blueprint for discovering what you are capable of achieving, getting results you never imagined, reaching the highest level of success – and then going even higher.’

So, what does Grover say?

Well firstly, he says: ‘In order to have what you really want, you must know who you really are.’ Indeed he reinforces this:

‘Here’s the key: I’m not going to tell you how to change. People don’t change. I want you to trust who you already are, and get to that Zone where you can shut out all the noise, all the negativity and fear and distractions and lies, and achieve whatever you want, in whatever you do.’ Relentless: From Good to Great to Unstoppable.

That said, Grover is relentlessly uncompromising in his message to everyone:

‘Being relentless means demanding more of yourself than anyone else could ever demand of you, knowing that every time you stop, you can still do more. You must do more.’

If you want to see Tim Grover in action, Tim Grover being interviewed.

For Grover, excellence comes through a process: ‘Decide. Commit. Act. Succeed. Repeat’. Grover is nothing if not direct!

Then, he divides the world of real talent, or real personal excellence, into three types.

He says talent can be what he calls Coolers, Closers, and Cleaners. Or, to echo the subtitle of the book, the good, the great and the unstoppable. What does he mean by these types?

The Kobes and the Jordans of any given field of endeavour are rare. But they are always Cleaners.

Grover believes all Cleaners share a set of thirteen character traits. Every Cleaner he has worked with shares some combination of these traits, and while not everybody has all of them, most have most of them.

Grover also suggests that every one of these traits should be considered as number one, because when they’re listed most of us will read them as a hierarchy with the most important at the top. In fact they’re all equally important. These are the attributes of a Cleaner:

#1. You keep pushing yourself harder when everyone else has had enough.
#1. You get into the Zone, shut out everything else, and control the uncontrollable.
#1. You know exactly who you are.
#1. You have a dark side that refuses to be taught to be good.
#1. You are not intimidated by pressure, you thrive on it.
#1. When everyone else is hitting the In Case Of Emergency button, they are all looking for you.
#1. You do not compete with anyone. You find your opponent’s weakness and attack.
#1. You make decisions, not suggestions; you know the answer while everyone else is still asking questions.
#1. You do not have to love your work, but you are addicted to the results.
#1. You would rather be feared than liked.
#1. You trust very few people, and those you trust better never let you down.
#1. You do not recognize failure; you know there is more than one way to get what you want.
#1. You do not celebrate your achievements because you always want more.

‘[No] trainer or coach or expert can make you good or great or unstoppable if you’re not going to do the work if you’re waiting for someone to make it happen for you. It’s on you. And that’s why I’m telling you all of this, not because I want you to know what I do for my guys, but because I want you to know what you have to do for yourself.’ Relentless: From Good to Great to Unstoppable.

Does the world of work really have to be so brutal? Do all of us need to be extorted to be driven? Is it okay for me to be a bit of a Cleaner? Can I be a little relentless? Unstoppable, at least as far as the end of my garden path? Is Grover really saying that nice guys always finish last, and only bad-asses win?

Everyone has unhelpful self-limiting beliefs. We all, at times, have a lazy streak. Each of us is tempted to hit the snooze button and not get up, not get on that treadmill, not pitch out into the dark and pound those streets. And when we do that, says Grover, we slip right back into mediocrity.

So yes, we probably do need more of the Cleaner in us. For us to be the agents of our lives we have to ‘find it’ in ourselves, we have to ‘commit to it’ and we have to ‘follow through with it’. As Grover says we need to ‘Tell yourself what to do, and stop waiting for others to lay it all out.’

Find your energy, uncover that passion, commit to ‘great’

Our coaching gives people like you the best chance to find that energy, that passion, that commitment. We provide the platform for real improvement. If you’d like to discuss this further, give us a call.