About the Drama Triangle – And how to escape it 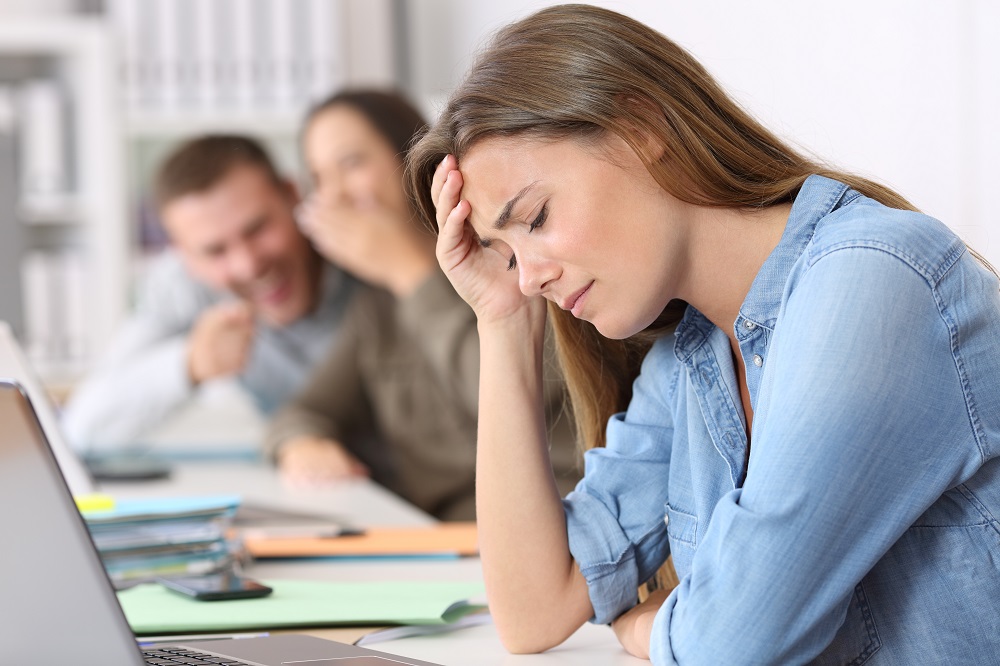 If you’ve ever found yourself trapped in a personal Drama Triangle, you will already know how detrimental it can be to relationships. But it also rears its ugly head in a business context, and it’s something well worth watching out for. If you find yourself experiencing a great deal of conflict but very little resolution, you’re probably stuck in the Drama triangle.

Here’s what you need to know about the roles we play that keep us mired in the drama triangle and force us to repeat the same old reactions time and time again. And we’ll examine the roles that support you in living in the present, the best place to permanently solve life’s challenges.

What is Karpman’s Drama Triangle?

Karpman’s Drama Triangle describes dysfunctional relationships where the people in the relationship shift between three roles, Persecutor, Rescuer, and Victim, all held in place by guilt and blame.

When you find yourself stuck in a self-defeating or self-serving role, it’s horribly easy to end up in an extreme state that doesn’t help anyone, neither you nor the people you’re interacting with. The idea is to move away from the extreme edges of the triangle towards the centre, where there’s a much healthier and more positive balance.

By doing this we move from being an oppressive persecutor to an assertive person with good boundaries. We shift from playing the role of helpless victim to a less vulnerable state of self-awareness. We stop being self-sacrificing rescuers and move towards attunement and compassion.

Right in the middle of the triangle, at the sweetest spot of all, we find the place where all our roles integrate, the place where we are self-aware and are coming from a level adult place. From a stance where you are okay, and others are too. 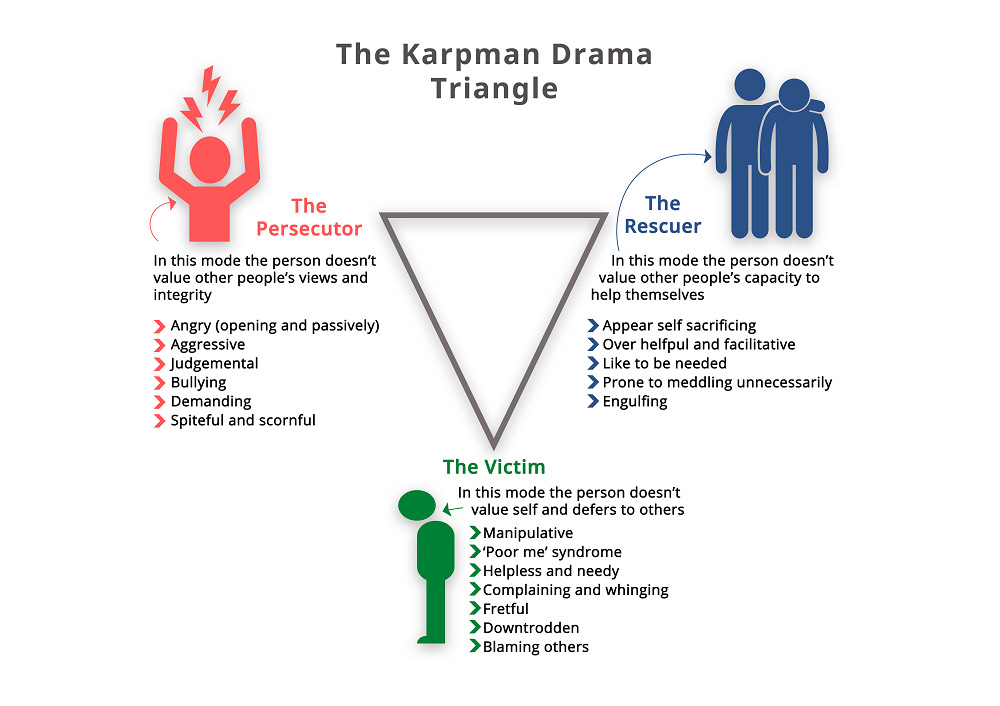 How your professional presence is affected by the Drama Triangle

As you can imagine, stuck in or flipping between the roles of oppressive persecutor, helpless victim, or ‘good’ self-sacrificing rescuer doesn’t make you a talented leader. Quite the opposite.

So how do you move out of these extraordinarily unhelpful roles when you find yourself slipping into one of them? How can you change the negative habitual roles you keep falling into? By stepping out of them, you and everyone you encounter in a professional context will benefit. The quality of leadership presence may actually depend upon your ability to do so.

How to step out of the Drama Triangle

It’s your job to be aware of the roles you play, or have been placed in, and if they trap you in the Drama Triangle, to find ways to shift yourself out of that position. Moving to the centre means you stop acting the victim, rescuer or persecutor. Noticing your immediate reactions and putting in a pause moment between the stimulus and your response, can help you. It may just stop you in your tracks and avoid you sliding into the Drama Triangle dynamics.

Refuse to accept your opponent’s force. Stop struggling. Neatly avoid awkward, indefensible, or unreasonable positions. Once you move to the centre, your opponent will probably back away. It can be a simple and yet remarkable tactic.

All this requires you to examine any ingrained thinking patterns that you want to change and adapt or replace them. You can simply refuse to be either superior or inferior – doing so breaks the triangle. Once you stop the game, the drama stops too. You can stop acting as ‘poor me’, ignoring your own needs, giving in to people even when it’s not a good idea, or always taking the blame. To stop being a victim you need to accept the relationship with the other person, face the fact you’re the one who will need to change, face your fears and take better actions. You can also stop trying to fix people. Rescuers are natural caretakers and it’s a hard habit to break since it involves heavy emotions like guilt and obligation. Living beyond the Drama Triangle roles is about managing your own boundaries and having a strong sense of your own agency and value.

None of this means you care less about people. It simply means you’ll be able to make better choices for yourself and for others who are stuck in Drama Triangles of their own.

See the Drama triangle in action

Take a look at this excellent video from the Conscious Leadership Project. It talks about living from your leadership presence rather than being caught in the Drama Triangle at work.

It tells you more about the unconscious, unhelpful roles you might be adopting at work, the roles that keep you stuck in a state of frequent, negative drama. And it delves into the positive roles you can play instead, those that support living in the ‘now’ and working in a far more effective way.

If you would like to know how to avoid slipping into those Drama Triangle roles and you want to strengthen your leadership presence, our coaching can help. Do get in touch